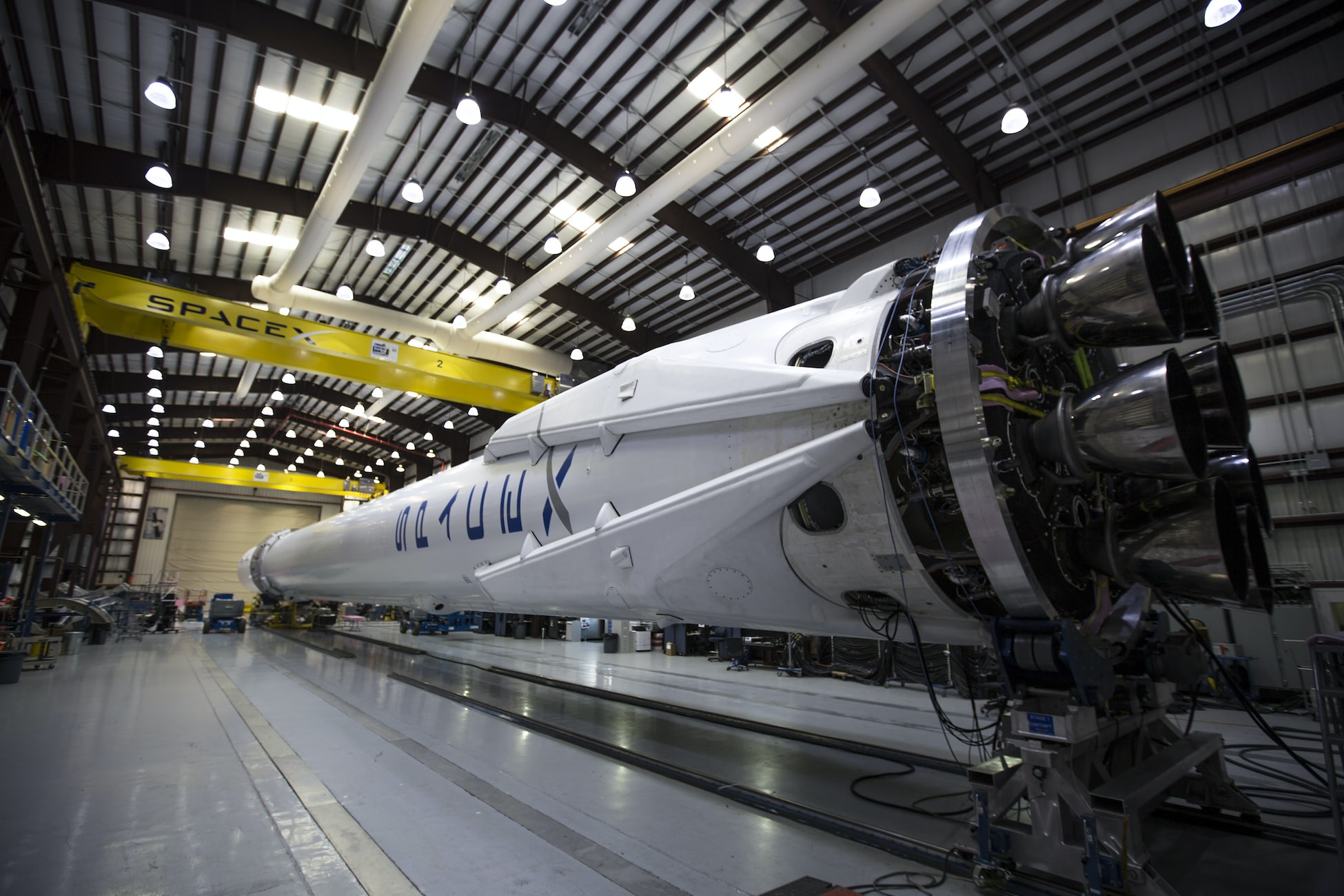 I couldn’t find any good summaries of this classic, which I found to be a void worth addressing as this book is an absolute must-read for anyone even vaguely involved in entrepreneurship and/or innovation. I decided to take it upon myself to break down the main arguments of this book, I hope it proves an enjoyable and useful read. I’ve formatted this article in the following way: For every argument made in the book I’ve written what I understand its conclusion to be, and then followed it with an excerpt immediately below. I’ve summarised everything further at the end.

The innovator’s dilemma is a management book about innovation written by Clayton M. Christensen, a Harvard Business School professor with a fantastic haircut, in 1997. Its findings are widely considered to be extremely insightful and in contrast to common wisdom at the time of publishing. Due to the importance of innovation in the technology sector, it has since become the quintessential management book in those circles.

Before we begin, there is one term that needs to be clarified. Christensen famously coined the word “disruption” which deserves some prior explanation due to its overuse in the media. Here is an excerpt from the book to hopefully clear things up:

What all sustaining technologies have in common is that they improve the performance of established products, along the dimensions of performance that mainstream customers in major markets have historically valued.

Most technological advances in a given industry are sustaining in character. An important finding revealed in this book is that rarely have even the most radically difficult sustaining technologies precipitated the failure of leading firms.

Without further ado, let’s get down to it:

The organisational strategy of firms operating in established, mature, markets is not effective for disruptive technologies.

Successful companies want their resources to be focused on activities that address customers’ needs, that promise higher profits, that are technologically feasible, and that help them play in substantial markets. Yet, to expect the processes that accomplish these things also to do something like nurturing disruptive technologies - to focus resources on proposals that customers reject, that offer lower profit, that underperform existing technologies and can only be sold in insignificant markets - is akin to flapping one’s arms with wings strapped to them in an attempt to fly.

The evidence from the disk drive industry shows that creating new markets is significantly less risky and more rewarding than entering established markets against entrenched competition.

Being a first mover is an advantage when developing disruptive innovation, and indifferent when acting in an established market.

A crucial strategic decision in the management of innovation is whether it is important to be a leader or acceptable to be a follower. Volumes have been written on first-mover advantages, and an offsetting amount on the wisdom of waiting until the innovation’s major risks have been resolved by the pioneering firms. “You can always tell who the pioneers were,” an old management adage goes. “They’re the ones with the arrows in their backs.” As with most disagreements in management theory, neither position is always right.

In contrast to the evidence that leadership in sustaining technologies has historically conferred little advantage on the pioneering disk drive firms, there is strong evidence that leadership in disruptive technology has been very important. The companies that entered the new value networks enabled by disruptive generations of disk drives within the first two years after those drives appeared were six times more likely to succeed than those that entered later.

The numbers beneath the matrix show that only three of the fifty-one firms (6 percent) that entered established markets ever reached the $100 million revenue benchmark. In contrast, 37 percent of the firms that led in disruptive technological innovation - those entering markets that were less than two years old - surpassed the $100 million level. Whether a firm was a start-up or a diversified firm had little impact on its success rate. What mattered appears not to have been its organizational form, but whether it was a leader in introducing disruptive products and creating the markets in which they were sold.

The result is quite stunning. The firms that led in launching disruptive products together logged a cumulative total of $62 billion dollars in revenues between 1976 and 1994. Those that followed into the markets later, after those markets had become established, logged only $3.3 billion in total revenue. It is, indeed, an innovator’s dilemma. Firms that sought growth by entering small, emerging markets logged twenty times the revenues of the firms pursuing growth in larger markets

Emerging markets are not attractive for established firms because they do not provide significant short term gains. It is at this stage, however, that firms should enter them in order to become market leaders in the future.

This problem is particularly vexing for big companies confronting disruptive technologies. Disruptive technologies facilitate the emergence of new markets, and there are no $800 million emerging markets. But it is precisely when emerging markets are small - when they are least attractive to large companies in search of big chunks of new revenue - that entry into them is so critical. The executives’ actions were a symptom of a deeper problem: Small markets cannot satisfy the near-term growth requirements of big organizations.

In order for firms to maintain longevity, they should establish smaller sub-organisations that act independently. These organisations are not to be pressured into making a short term profit, but should instead be given a unique identity and allowed to create their market.

“Though its total revenues amount to more than $20 billion, J&J comprises 160 autonomously operating companies, which range from its huge MacNeil and Janssen pharmaceuticals companies to small companies with annual revenues of less than $20 million. Johnson & Johnson’s strategy is to launch products of disruptive technologies through very small companies acquired for that purpose.”

“This recommendation is not new, of course; a host of other management scholars have also argued that smallness and independence confer certain advantages in innovation.”

“Establishing independent organizations to pursue disruptive technology seems to be a necessary condition for success.”

These unique firms shouldn’t be pressured into being right the first time. In fact, they should be considered to be taking bets, and the most important factor should be reducing sunk costs in case of a failed bet, in order to make pivoting cheap. “Business plans” should instead be “learning plans”.

“Guessing the right strategy at the outset isn’t nearly as important to success as conserving enough resources (or having the relationships with trusting backers or investors) so that new business initiatives get a second or third stab at getting it right. Those that run out of resources or credibility before they can iterate toward a viable strategy are the ones that fail.”

“Careful planning, followed by aggressive execution, is the right formula for success in sustaining technology. But in disruptive situations, action must be taken before careful plans are made. Because much less can be known about what markets need or how large they can become, plans must serve a very different purpose: They must be plans for learning rather than plans for implementation.”

Customers follow the “Buying Hierarchy” depending on the maturity of the market. The phases, in order, are: functionality, reliability, convenience, and price.

“Consider, for example, the product evolution model, called the buying hierarchy by its creators, Windermere Associates of San Francisco, California, which describes as typical the following four phases: functionality, reliability, convenience, and price. Initially, when no available product satisfies the functionality requirements the market, the basis of competition, or the criteria by which product choice is made, tends to be product functionality. (Sometimes, as in disk drives, a market may cycle through several different functionality dimensions.) Once two or more products credibly satisfy the market’s demand for functionality, however, customers can no longer base their choice of products on functionality, but tend to choose a product and vendor based on reliability. As long as market demand for reliability exceeds what vendors “are able to provide, customers choose products on this basis - and the most reliable vendors of the most reliable products earn a premium for it.

But when two or more vendors improve to the point that they more than satisfy the reliability demanded by the market, the basis of competition shifts to convenience. Customers will prefer those products that are the most convenient to use and those vendors that are most convenient to deal with. Again, as long as the market demand for convenience exceeds what vendors are able to provide, customers choose products on this basis and reward vendors with premium prices for the convenience they offer.

Finally, when multiple vendors offer a package of convenient products and services that fully satisfies market demand, the basis of competition shifts to price. The factor driving the transition from one phase of the buying hierarchy to the “

Aside from excelling in all aspects of the Buying Hierarchy, the characteristics that make disruptive products valuable in emerging markets are the same ones that make them worthless in mainstream markets.

In contrast, the firms that were most successful in commercializing a disruptive technology were those framing their primary development challenge as a marketing one: to build or find a market where product competition occurred along dimensions that favored the disruptive attributes of the product.”

“O’Conner Peripherals created a market for small drives in portable computers, where smallness was valued; J. C. Bamford and J. I. Case built a market for excavators among residential contractors, where small buckets and tractor mobility actually created value; and Nucor found a market that didn’t mind the surface blemishes on its thin-slab-cast sheet steel.”

If these trajectories are parallel, then (electric vehicles) are unlikely to become factors in the mainstream market; but if the technology will progress faster than the pace of improvement demanded in the market, then the threat of disruption is real.”

Historically, disruptive technologies involve no new technologies; rather, they consist of components built around proven technologies and put together in a novel product architecture that offers the customer a set of attributes never before available.

The innovator’s dilemma is that in every company there is a disincentive to go after new markets. Competent managers in established companies are faced with the question: “Should we make better products to make better profits or make worse profits for people that are not our customers that eat into our own margins?”. Paradoxically, this will doom companies in the long run. Evidence shows that the longevity of companies is decreasing as the pace of technological advances increases.

This being a subjective list of what the author believes to be the main arguments, it is highly recommended you buy the book, which is worth every penny.

Christensen has also published many other books, his latest being “Competing Against Luck” - find it below:

Here you can find Christensen’s complete bibliography and much more content.

a16z episode on Competing Against Luck with Christensen: https://a16z.com/2017/09/01/disruption-jtbd-modularity-christensen/

Finally, check out this really interesting talk that Christensen gave at Google about where growth comes from, with a focus on innovation: